We’re thrilled to be demoing our Android Cellbots at the 2010 Intel International Science & Engineering Fair this week in San Jose, California. Thousands of people will be dropping by the Google booth to play with four of the robots and learn how they work. The kids are having a blast and the parents are jealous they couldn’t do things like this at their age. 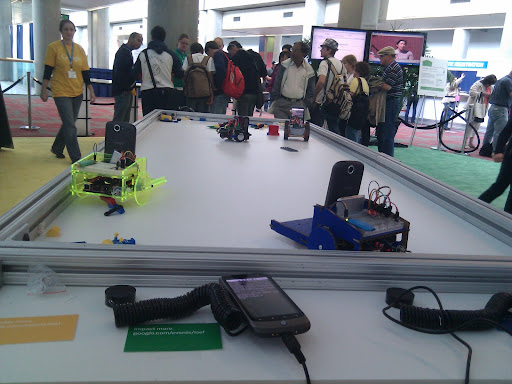 We have some video streaming from the phones to the big screen TV and people can also use the remote to trigger still pictures to be snapped. The demo shows off the use of Android Nexus One phones as remote controls using the accelerometer to drive the robots. That sends XMPP commands over Google Chat to another Nexus One on the robot, which act as the main brain. That phone then sends commands over Bluetooth to the robot hardware. 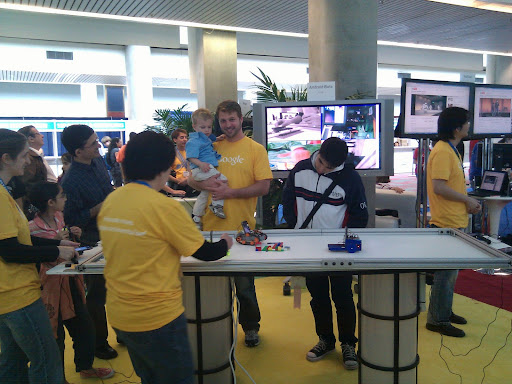 We hope the excitement continues and we see more kids making Cellbots this summer. Our parts lists for the Android robots and the source code project site can help you get started. Those short on time can also check out our robot kits page where we can put together a package for you. Then be sure to jump in on the discussion list to ask questions and share news of your projects! 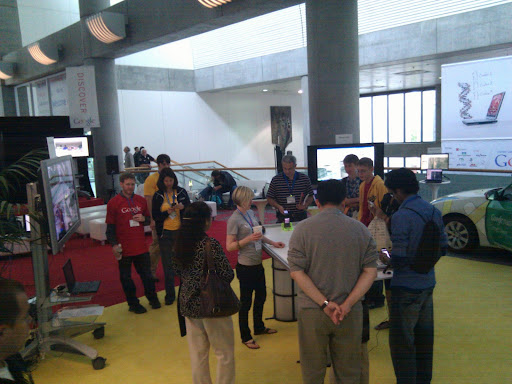 Getting this demo ready was a big team effort that took a lot of work to go from short five minute demos to having four robots run all day for a week. Damon Kohler came through with awesome upgrades to last week’s Android Scripting Environment. Charles Chen was extremely helpful in getting the video and still image streaming setup, and used some code from Darrell Taylor’s work. Jason Holt, maker of the Boxbot, helped with the remote control mathematics and getting the demo table ready. Tim Heath upgraded the kits page for those of you interested in using one of our designs, and Glen Arrowsmith’s recent Arduino code that saved calibration data to the EEPROM was critical. Many thanks to you all! 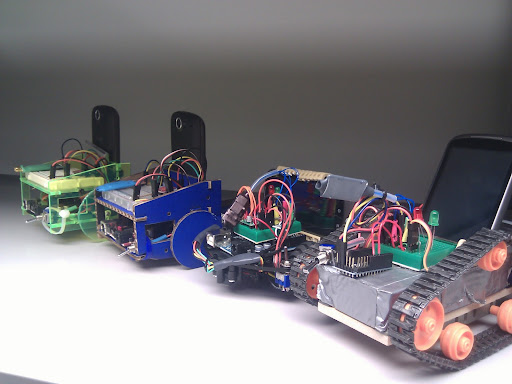 If you are in the San Jose area this week, be sure to stop by the convention center on Thursday May 13, when the International Science and Engineering Fair is open to the public from 9am to 9pm.

This entry was posted in Android. Bookmark the permalink.

4 Responses to Cellbots at the International Science & Engineering Fair